We helped Barry with a logo brand identity for his business not long after opened his independent book shop in Penzance. Taking a lead from the primarily based art books that the shop specialises in we developed a simple mark that forms the ‘B’. It’s form and shape is influenced by the some of the mid-century contemporary Cornish based artists such as Sir Terry Frost and Sandra Blow. It also takes on a look of the sky, land and sea in its overlap construction. 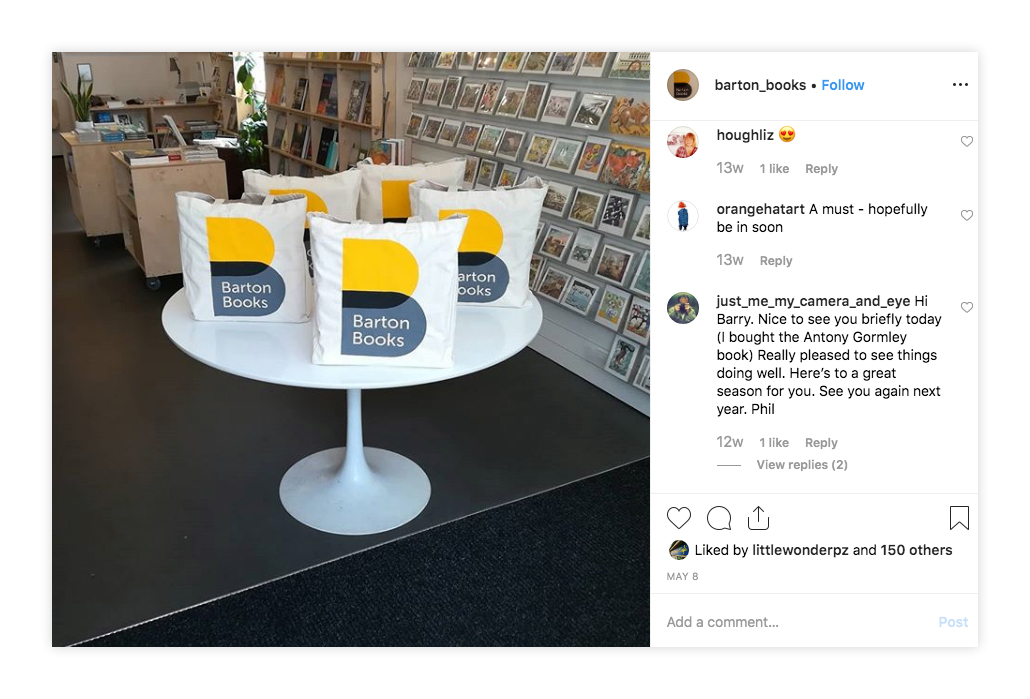